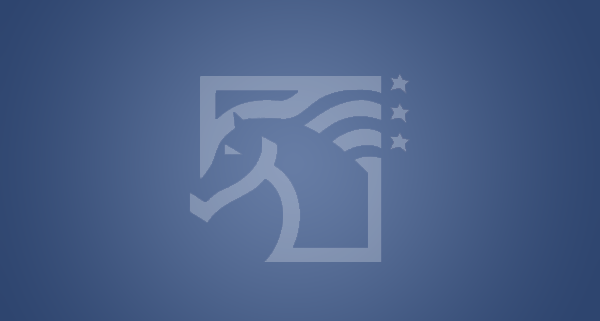 Chair- Dr. Rick Mitchell (United State Equestrian Federation)
International veterinarian, Rick Mitchell, DVM, MRCVS, DACVSMR, has been named Chair of the American Horse Council Board of Trustees. Dr. Mitchell has been involved in national and international equine competitions as both a rider and veterinarian. The 2016 Olympic Games marked his sixth visit to the Olympics as an attending veterinarian for the U.S. Equestrian Team.

Dr. Mitchell has served on the AHC Board since 2012 and been chair of the AHC Health and Regulatory Committee for several years.  Dr. Mitchell attended Guilford College majoring in biology then received his B.S. from North Carolina State University, and his DVM from Oklahoma State University. He is currently in private veterinary practice limited to equine medicine and surgery with an emphasis on lameness. He has been in practice with Fairfield Equine Associates in Newtown, CT since 1989, where he is president.

Dr. Mitchell has served on various boards, including the United States Equestrian Federation, Connecticut Veterinary Medical Association, and the American Association of Equine Practitioners. He is a founding member of the International Society of Equine Locomotor Pathology and is currently Chair of the Foundation for the Horse.

Marilyn Breuer-Bertera, of Northville, Michigan, has been elected the Vice-Chair of AHC’s Board of Trustees.

Ms. Breuer-Bertera has been on the AHC Board since 2016 and a board member of the USTA since 2010. She is Chair of the Legislative Advisory Committee that supports racing states in their individual legislative efforts. She is a past Director of the Michigan Harness Horsemen’s Association, serving as Secretary of that board for 15 years.

Ms. Breuer-Bertera and her husband, Rocky Bertera, a trainer and blacksmith, race a small stable of horses in Michigan, Ohio, and Indiana. She grew up on a farm in central Michigan, racing harness horses at the Michigan county fairs with her father. She also holds a B.S. in Education- Physical Education and Business Education- from Central Michigan University.

Dr. Blodgett’s professional contributions are immense. He has been committed to the betterment of the American Quarter Horse breed and steadfast in his involvement dating back to 1991 when he began serving Texas as an AQHA Director. He has served as chairman of the Stud Book and Registration Committee and also served on the AQHA Hall of Fame Selection Committee from 1995 to 2009. In 2011, he was elevated to director-at-large and in 2012 was elected to AQHA’s Executive Committee. In 2015, Dr. Blodgett served as the AQHA Executive President.

As a member of the American Association of Equine Practitioners for 41 years he received the AAEP Distinguished Life Membership Award in 2016, Blodgett has served on the organization’s Board of Directors as well as the Racing Ethics and Ethics Ad Hoc committees. In addition, Dr Blodgett served on the first Texas Racing Commission and served as the commission’s vice chairman from 1993-1995.

Dr Blodgett has been recognized by numerous organizations. In 1990, he was named the Equine Practitioner of the Year by the Texas Veterinary Medical Association; in 1991, he received the AQHA Register of Merit Award; in 1992, he received the Joan Pew Award from the Association of Racing Commissioners International; in 2004, he was awarded an adjunct professorship in the Department of Large Animal Clinical Sciences at Texas A & M College of Veterinary Medicine & Biomedical Sciences; in 2006 Oklahoma State University Graduate of Distinction in Animal Science; in 2011, he was named the Outstanding Texas A & M University Alumni; in 2012 he received the AQHA Racing Council Special Recognition Award; in 2013 Dr Blodgett was inducted into the Texas Hall of Fame; in 2017 he was awarded the Golden Spur Award by the National Ranching Heritage Center; in 2019 he was inducted into the Texas Cowboy Hall of Fame.

He also continues to share his knowledge and experience with the next generation. He teaches at Texas A & M University as an adjunct graduate faculty member, and he mentors 25-30 senior veterinary students each year at the Four Sixes Ranch.

Blodgett joined the AHC Board in 2015.

Treasurer – Matt Iuliano (The Jockey Club)
Matt F. Iuliano, was named executive vice president and executive director of the Jockey Club in 2009 where he oversees all matters concerning the American Stud Book and represents the Jockey Club as it interacts with industry organizations.  Iuliano joined the Jockey Club staff in June 2001. Prior to that, he served in several executive capacities at Churchill Downs Inc. over the course of a 12-year stint. He was also director and operations manager of Lasma East, an Arabian horse farm at the time, in LaGrange, Ky., for seven years.

He received a bachelor’s degree in animal science and a master’s degree in physiology and biophysics from Colorado State University before earning an MBA and a law degree from the University of Louisville.

Iuliano joined the AHC Board in 2017.

AHC also confirmed the Chairs of the five AHC Committees:

If you have any questions, please contact the AHC.

About the American Horse Council

As the national association representing all segments of the horse industry in Washington, D.C., the American Horse Council works daily to represent equine interests and opportunities.